We plan the installation or upgrading of your power system control.

Beginning with the analysis of the current system, we suggest specific functions and compile tender specifications that correspond to your desired functionality and system configuration. The tender specifications are the basis for the call to bids, which we moderate. Depending on the applicable laws or company procurement regulations, we solicit the bid to targeted vendors or publicly. We evaluate the bids and provide you with our recommendation. Finally, we accompany you throughout the project including the final acceptance, ensuring that the project will fulfill your exact objectives.

This project involved the integration of a regional utility’s three existing control systems into a new single system. The schedule for the realisation of the project was very tight with a mere fourteen months being available from the start of the planning to the beginning of partial operation. Different systems, including – natural gas and water network control systems – a power grid control system – control centres for electricity, gas, water and heating supply with a total data point magnitude of over 100,000 process variables had to be integrated into a single system. To enable random data point testing, the system had to be rule-based. In addition, different telecontrol systems were also necessary.

The premature replacement of a municipal utility’s control centres for the supply of electricity, gas, water and heating was necessary to permit the implementation of desired functions, such as a telealarm system and remote access. The upgrade was used to integrate an additional visual display system and automation system on the one hand and on the other hand, to facilitate the technical changes necessary for integration with the company’s IT system. Thus, the autonomous systems of the district heating plants and the sewage treatment plant also transmit their process data to the control system. In addition, remote visual display and control of the autonomous systems are now possible, which minimises data administration.

A more comprehensive graphic analysis interface, which gives the operator full control, permits digital preservation and will allow in the future further users to directly benefit from the archived process data in the control system. 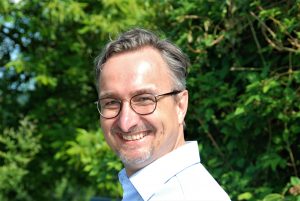